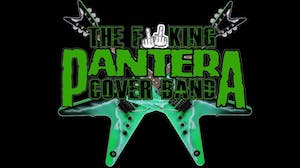 The Fucking Pantera Cover Band (TFPCB) is comprised of four premier musicians that deliver a powerful and authentic Pantera experience the moment they take the stage. In true Pantera fashion, “TFPCB” is also anchored by brothers on Drums and Guitar. Joseph and Paul Herman evoke images of the Abbott Brothers during their reign as the kings of metal.

The authenticity captured by “TFPCB” has not gone unnoticed. They have rocked the Ride for Dime Festivals in both Dallas and Nashville. They have shared the stage with the likes of Nick Bowcott of Grim Reaper, Jose Mangin of Sirius XM radio, Christopher Williams of Accept, Philip Shouse of the Gene Simmons Band and Ace Frehley Band, Nick Catanese from Black Label Society and many more. They have been recognized by Chad Lee (VP of Ride for Dime) and longtime girlfriend of Dime, Rita Haney (Ride for Dime President). Ms. Haney showed her support by having TFPCB play an additional set while playing a show in Texas.

When your event, club or festival calls for Pantera, look no further. The Fucking Pantera Cover Band will deliver the most authentic show to satisfy even the most loyal Pantera fan.